Greying of hair has nothing to do with age. You can start growing grey hair even if you are young. It is all a matter of diet, choices and habits.

Grey hair is so common in young people and is very difficult to get rid of because at a time there might be just a strand or two but it always increases. Teenagers have been found complaining about grey hair which has been a reason of unease.

Grey hair put a lot of social pressure on young people because everyone wants to look good. People pointing out your grey hair really hits on your confidence levels.

Children of all age groups are getting affected by grey hair. There has been no specific reason why grey hair grows because numerous factors have to be accounted. 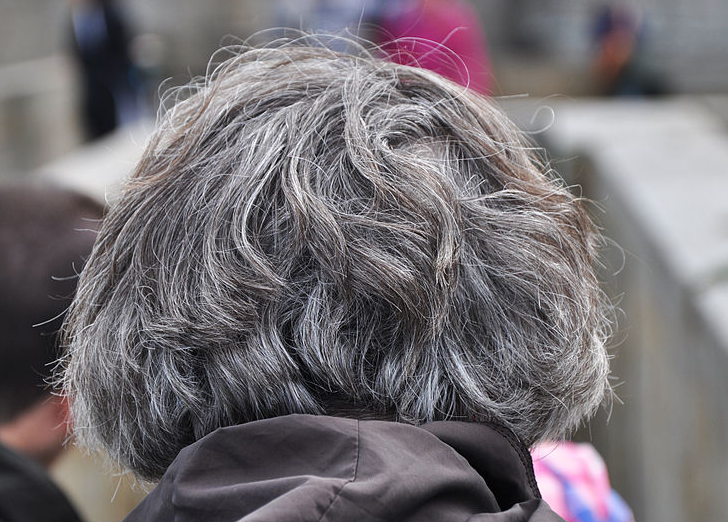 Grey hair can be caused by lack of nutrients, vitamins, certain medicines, hormonal changes, smoking, unhealthy diet or even genetics. Following are some of the major reasons why grey hair are caused at young age.

this has been encountered as the main reason behind the cause of grey hair at a young age. If the parents had the problem of grey hair at early age then it is apparent that the child will go through the same.

Research has shown that people who are more prone to grow grey hair at an early age have higher levels of melanin and hydrogen peroxide in their body.

This is also a genetic factor. If your parents had it then you might have them too.

this has also been a big reason why grey hair are caused at a young age. The food habits of the young generations are perilous and lack essential minerals and vitamins in their diet.

Vitamin B12 is directly related to the health of your hair. Zinc and copper are also essential for growing healthy and black hair.

These vitamins play an important role in the metabolism and decide the health of your hair and the colour they are going to take. Lack of vitamins C and E have also been a major reason behind greying of hair at an early age.

It has become a trendy habit amongst the young people. They are not aware of the fact that smoking regularly can boost up premature greying of hair.

Smoking effects your brain and your body in a very different way. It gives rise to oxidative stress in the body that causes the pigmentation to decrease considerably.

With lack of pigmentation your hair is not able to take the desired black colour and grey hair become more prominent.

Food this is yet another think that gives rise to oxidative stress. Processed foods tend to change the natural phenomenon of your body metabolism and speed up the process of aging.

That is why consumption of junk food causes lack of pigmentation which adds up to becoming one of the reasons why grey hair are caused at a young age.

Eating food rich in vitamin C and E like oranges, lemon juices, guava, and onion is recommended to avoid greying of hair.

The Causes of Head lice

The 13 Best Snacks for Weight Loss