Remember, who came to your rescue when you were amidst a socially awkward gathering? Spotify. Remember, who was there to accompany you when a minute seemed like a whole year while doing a plank? Spotify. This is a music streaming service that includes features like offline listening and commercial-free listening via paid subscriptions. 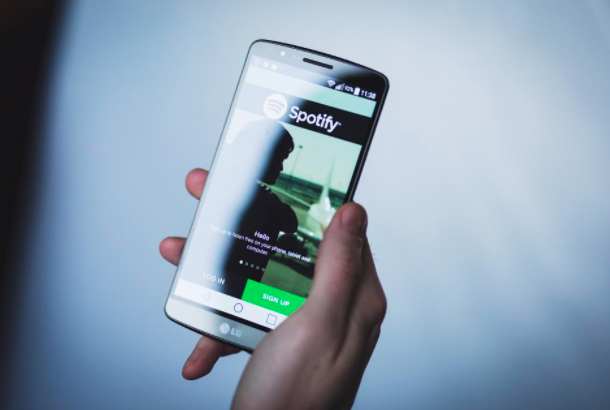 Download music from Spotify with this tool. Spotify’s algorithm is what makes it a unique music streaming service. This algorithm tries to understand the favorite music genre of its users and the reasons behind such preferences.

Spotify keeps a record of the history of songs accessed by the users to derive their tastes. It tracks the time for which a song was played along with the time intervals in which the song was fast-forwarded. E.g., if a user scrolls through the song to skip the music for 10 seconds, Spotify will record such activity.

If the songs are played for over 30 seconds, Spotify considers the song to be “of taste” of the users. The users have an option to like songs or star them. This data is very helpful for the app to suggest songs as per user preference.

The personal data provided by the users, like their age, gender, and location, helps Spotify find artists and albums according to the given data. Bandits for Recommendations as Treatments is an AI system that governs the home screen, where the recommendations are initiated.

Personal recommendations are based on what and how one thinks. Spotify recommends music as per preferences and suggests music that the user might like. This way, one can explore and discover new music.

All the user has to do is, click and play! According to surveys, most users are impressed with Spotify’s feature, whereby user preferences drive music recommendations. They find it matching their current tastes and trends.

However, it becomes exasperating when you get the same recommendations appearing on your screen every time.

Tastes and preferences cannot always be consistent. It is found that users get bored because Spotify plays the same old songs even on shuffle mode. Even when on autoplay, Spotify repeats songs after every few, leading to loss of interest of the users in the application.

Nevertheless, every problem has a solution.

Being precise while searching for songs and artists impacts Spotify recommendations strongly. Playlists created by users help the application to generate preference-based recommendations. Reversing the order of playlists avoids repetition of the same songs.

To go ahead with this, you can click on the playlist, press the three-dot menu button, and select Sort Playlist. Alternatively, you can shuffle your entire playlist. You can remove the song from the pile after it has been played.

Shuffling the lists enables new songs to come up and prevents repetition of the same old ones. Sometimes, in the autoplay mode, you can monitor the queued-up songs.

Click on the Play Queue Link, and you can roll the songs at your convenience. It can become unbearable when one listens to songs to lighten up their mood on a rough day but end up getting the same recommendations from Spotify.

It has been observed that changing the device shows considerable changes in the Spotify recommendations. However, one cannot always keep changing their devices to prevent a repetition of songs. For those using smart speakers like Alexa or Google Home devices, precision with the command is essential.

To avoid confusion between a generic playlist of Spotify and the user’s self-generated playlist, the prefix “my” has to be used while giving commands to the speakers.

Sometimes, we hit like on a song not because they match our taste of songs but because we like the music or lyrics of that particular song. As mentioned before, Spotify has a feature of liking and starring songs. These activities are monitored by the application to generate recommendations.

You can avoid hitting the like button for every song you like because it gets captured in your history and leads to the repetition of Spotify recommendations. Starring songs enables the addition of those songs to the playlists. You can also experience the perks of getting fresh music by clicking on the option of Go to Playlist Radio after selecting the playlist.

The result is that each time a new list of songs will come up and you can add further songs to these playlists. Such measures will avoid getting recommendations of the same old songs and listening to them repeatedly.

Spotify has features that attract a large audience of different age groups with various tastes and preferences. However, it will remain to be a machine-driven service, which might have certain drawbacks. There is always some remedy for such hindrances that users can combat and enjoy a hassle-free Spotify experience.

About Ellie Bennington 2 Articles
Ellie Bennington can usually be found reading a book, and that book will more likely than not be a romantic fantasy. Writing a novel was always on her bucket list, and soon, it will became a reality. When not absorbed in the latest heart warming page-turner, Ellie loves cooking, knits very badly, enjoys riding her Vespa around town, and otherwise spends far too much time at the computer. She lives in the States, with her sister and cute little kitten named Zazzles.
Bake together Birthday Birthday party Brand Awareness Brand Loyalty Child’s Birthday Eating Healthy Eating Healthy On a Budget Fat-Burning Exercises Get Fit Without A Gym Group therapy Inbound Traffic Makeup Tricks Online payments Running seo Sliding scale therapy Social Media Stay outdoors Swimming Take a shower Therapy University counselling centres VPN Water

How to Say Thank you to Someone for a Compliment